The premier Club for Education 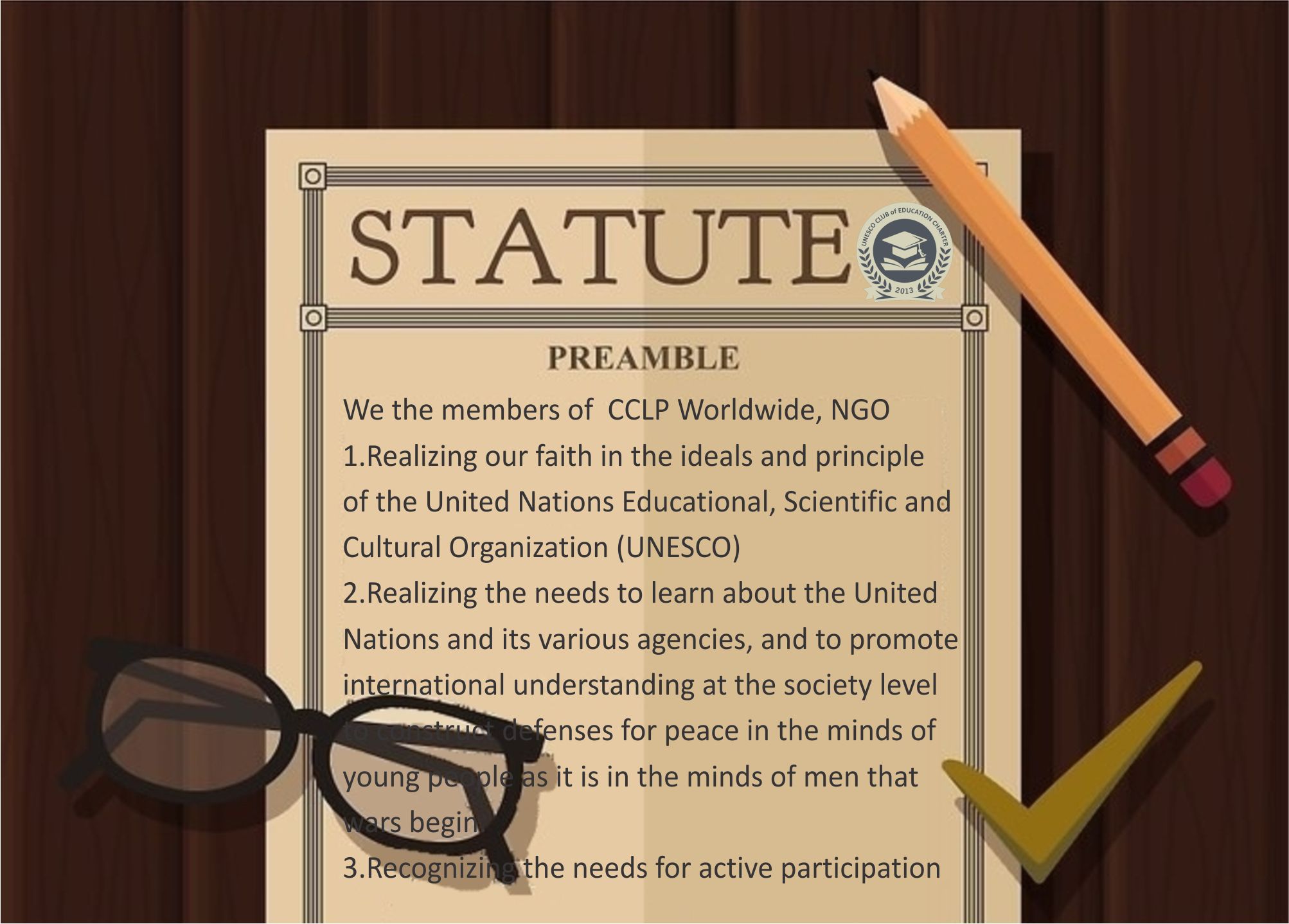 We the members of CCLP Worldwide, NGO

1. Realizing our faith in the ideals and principle of the United Nations Educational, Scientific and Cultural Organization (UNESCO)

2. Realizing the needs to learn about the United Nations and its various agencies, and to promote international understanding at the society level to construct defences for peace in the minds of young people as it is in the minds of men that wars begin.

3. Recognizing the needs for active participation by the young people in the implementation of UNESCO’s ideals and activities.

Do hereby establish a UNESCO Club and for this purpose have agreed to adopt the following constitution.

Office: The Office of the said club will be at 17 Tara Chand Dutt Street Kolkata 700073 and may be changed or shifted as and when decided by the executive committee.

Purpose: The purposes of the club are:

I. To promote international understanding in conformity with the principles and ideals of UNESCO

II. To contribute to the civic training of members, more particularly by assisting them to adjust to the continuous scientific, technical and social changes of the modern world.

III. To encourage teaching about the UN and to spread information about its specialized agencies: and

IV. To popularize the activities undertaken by UNESCO

a. Chairman: The head of the institution (CCLP Worldwide) shall be the director of the said club

b. Coordinator(s): The Director shall designate one or more members of the staffs as coordinators of the club

c. The club shall have following bodies:

a. General Assembly: shall consist of the Director, coordinators and all the members who have paid the annual membership subscription and who are on the membership list of the club

b. Executive Committee: shall consist of the Chairman, Vice-Chairman, President, Director, coordinators, Secretary, two assistant secretaries, one treasurer and seven members elected annually by the general assembly of the club.

The general assembly shall meet at least once a year in ordinary session. An extraordinary session shall be held to celebrate special occasions like UN Day, the world health day, the UNESCO Day, etc. or if requisitioned by two-third members of the club.

The general assembly in its annual meetings will elect a secretary, two assistant secretary, one treasurer and seven members from amongst the members of the club.

Powers of the Office bearers

a. Director: The Director shall supervise and guide the office bearers and the executive committee in implementing various programmes of the club. He would preside over all the meetings of the General Assembly and the Executive Committee. The Director shall correspond with the Indian National Commission for co-operation with UNESCO and submit to it periodicals reports. He would also bring to the attention of the Executive committee and other office bearers all communications received from the Indian national Commission and UNESCO Secretariat

b. Coordinator (s) The Coordinators shall give guidance to the members and advise the office bearers of the club in organizing all the activities of the Club. In the absence of the Director, the coordinator designated by the Director shall preside over the meetings of the general assembly and of the executive committee and perform other duties of the Director. In the absence of both the director and the coordinator, any other member of the executive committee shall be elected to preside over only for the duration of that particular meeting.

c. Secretary: The Secretary shall keep a record of the correspondence and record the minutes of the meetings of the General Assembly as well as the executive committee, issue notices for the meetings, keep the members informed of the activities of the club and circulate the information received from Indian National commission for co-operation with Unesco from time to time.

e. Treasurer: The Treasurer shall receive and spend the money as per the direction of the executive committee, shall issue receipts for the money received and keep a proper account of the money spent. He shall place periodically for the approval of the executive committee, statement of the expenditure. The annual statement of income and expenditure shall be placed by the treasurer before the annual general assembly,

Quorum: The Quorum for the general assembly shall be the 1/4th of the total membership. The quorum for the meetings of the executive committee shall be five.

The club shall have an account in any scheduled bank in the name of the club. The account shall be operated jointly by the treasurer and the Director or any other member of the Executive Committee designated by the Director on his behalf.

Amendment to the Constitutions

Any amendment to the constitution shall be made by the general assembly of the club provided clear notice of fifteen days has been given and is passed with 2/3rd majority of members present on voting.

Dissolution of the club

If the members, meeting in the regular general assembly meeting with dissolution as an item on the agenda, decide to dissolve the club, they can do so, provided regular notices as per the constitution have been given to the members and 2/rd members present and voting decide to dissolve. In case of dissolution, the assets and liabilities of the club shall be disposed of in consultation with the Director. 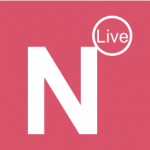 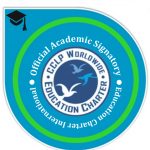 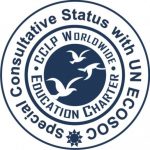 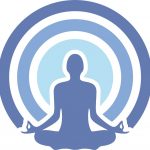